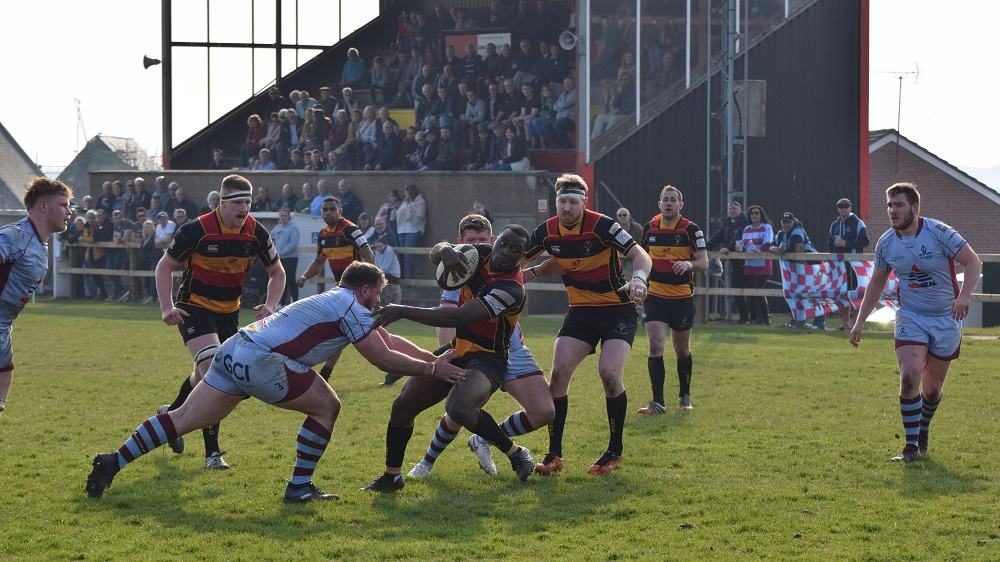 The defences of both sides were well tested in the early stages and it was 22 minutes before the deadlock was broken when home No8 Harry Hone forced his way over for a try under the posts, which Liam Hemming converted.  Rotherham responded with a good spell of pressure that eventually led to a try from their No8 Seb Nagle-Taylor, which Callum Irvine converted.  Back came Cinderford with a strong run from hooker Jack Preece creating the opportunity for Aaron Ryan to go over, with Hemming adding the conversion. The visitors then scored an unconverted try through Connor Field.  Hemming was again on target with a long-range penalty just before the interval, to make it 17-12 at half-time.

The second-half saw the home side extend their advantage when centre Terence Babarinsa went over, with Hemming adding the extras. Once again however Titans reduced the deficit when Zac Poole scored, with Irvine kicking the conversion.  It was still all to play for going into the final-quarter but it was Cinderford who grasped the initiative when from an attacking lineout replacement hooker Joe Mullis was driven over. Then quick hands down the blindside released Babarinsa to score his second try, with Hemming kicking the conversion.  The visitors pressed hard in the closing stages, but the home defence held firm to earn themselves a crucial five points.